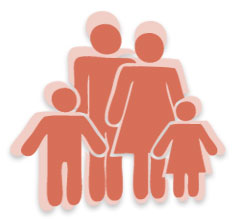 Paid Sick Leave is nothing new.  With four states, District of Columbia, one county and nineteen cities having adopted paid sick leave laws, Illinois has followed suit, but with one significant difference.  Illinois is the first state that on January 1, 2017, will allow workers to be able to use their accrued sick time to care for family members.

The law will allow employees to use up to six months of earned sick leave benefits for care giving.  This is a major change over the standard sick leave laws which cover only employee health-related issues.  The law defines “family” as including children, spouse, sibling, parents (and in-laws) and grandparents.  Employees will now be able to take the time needed to care for family members suffering from illness, injury or to see that they are able to get to medical appointments.

This new law has no affect on the Family and Medical Leave Act (FMLA) or any other disability plans.

There are certain notable limitations, however.  The Illinois Paid Sick Leave law only applies to employers who have their own internal sick leave policies.  If an employer does not currently have a sick leave policy, the law makes no requirement on an employer to adopt such a policy.  Additionally, employers who maintain a Paid Time Off (“PTO”) policy will not be required to modify the policy if it already affords employees the opportunity to use PTO to care for an eligible family member’s healthcare needs.  The law does not impact provisions under the Family and Medical Leave Act (FMLA).

It is also worth noting that Chicago has recently passed its own Paid Sick Leave law which will go into effect July 1, 2017.

With Paid Sick Leave being a major labor law compliance issue these days, it is important that employers be aware of the changing laws and inform employees of their rights under their given jurisdiction’s law.